The Global South Comes to the GDR: Theatre Africain's tour of East Germany in 1951 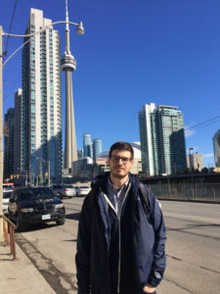 Our lecture series on "Diversity and Civility" continues with a selection of seminar presentations.

«  The Global South Comes to the GDR: Theatre Africain's tour of East Germany in 1951 »

In 1951, Theatre Africain, an African performance company based in Paris, included East Germany in their Eastern European tour. Their visit marked an early high point of cultural contact between the German Democratic Republic and the Global South. Led by the Guinean poet and choreographer Fodeba Keita, Theatre Africain toured Europe extensively, combining traditional dances with the message of African self-determination. Their East German hosts were eager to frame the African anticolonial struggle as congruent with the GDR’s own search for legitimacy and international recognition. Since the GDR had no diplomatic presence outside of the Socialist Bloc, cultural events such as this one formed a crucial plank in East Germany’s efforts to create connections with the wider world. The tour also served domestic propaganda purposes – presenting the GDR as an anti-racist and anti-imperial state, in direct opposition to West Germany. By using previously untouched East German archival sources and newspapers, this talk will reconstruct and contextualize an early episode in East German-Global South history – one that was riddled with ideological and practical issues.

Alan Maricic, PhD, is an independent historian based in Toronto and a recent PhD graduate of the University of Waterloo. His dissertation analyzed the relations between Yugoslavia and the two Germanies during the Hallstein Doctrine period. He is currently researching the GDR’s early cultural relations with the Global South.